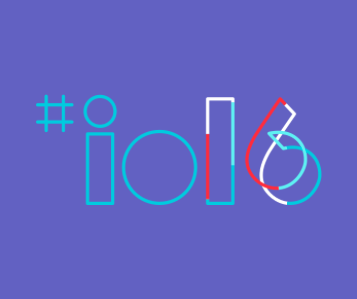 We first saw Android N in March with a developer preview however, at I/O, Google showed off even more of the operating system and announced Android N is getting improvements on the graphics and runtime performance front, security enhancements and becoming better at multi-tasking. The OS will be out of beta later this summer and be available to everyone then. The latest version still doesn’t have a name, but the company has turned to the public to pick any name which starts with N!
Android Instant Apps
Google has also rolled out a new feature for Android called ‘Instant Apps’. This feature bridges the gap between mobile websites and apps.  The thinking behind Instant Apps is that although apps provide a better user experience, they take time to download and are often not wanted after one use. With ‘Instant Apps, Android loads parts of apps without actually installing them so that you can use the apps features without taking the time to install the app.
Allo
Google announced their new messaging app; Allo. It includes Google Assistant integration and uses machine learning to create smart replies to messages. The app uses your conversation history to give suggestions of what it thinks you want to say as a response, with responses being personalised based on the way you converse. Allo can also interpret information from photos, with an example given of a photo of a bowl of pasta with smart replies created such as ‘I love linguine’. The app features an Incognito Mode which includes end-to-end encryption, message expiration and private notifications. When the chat is shut down, it will be deleted and gone forever, making it perfect for private conversations.  Allo will be available this summer for IOS and android.
Duo
Then came the announcement of Duo – video calling for everyone. Duo works hand in hand with Allo and works much like Hangout or FaceTime. However it includes a feature called Knock-Knock that lets you see what is happening on the side of the person who is calling you, before you start a conversation.
Assistant
Google also introduced Google Assistant, a new service, which seems like an extension of Google Now, but much more conversational. Questions are asked using the ‘OK Google’ command with follow up questions then being asked.  The Assistant uses machine learning, Google Search and natural language processing to be more like a chatbot, helping users buy movie tickets, make reservations or provide directions among others.  With improved voice recognition, Google Assistant could massively impact search and online marketing becoming a tough rival for Siri and Cortana. Google Assistant will be available on IOS and Android later this summer.
Google Home
A key place we will see Google Assistant is in Google Home. Much like Amazon Echo, Google Home is a voice activated product which helps you handle everyday tasks. It can play music and lets you control smart home devices, set alarms, order food and ask it anything, just like Google Search.  Google CEO, Sundar Pichai said “It’s like having a voice-activated remote control to the real world whenever you need it”.  Google Home will be available later in the year.
Share on Facebook Share
Share on TwitterTweet
Share on Pinterest Share
Share on LinkedIn Share
Send email Mail
Print Print