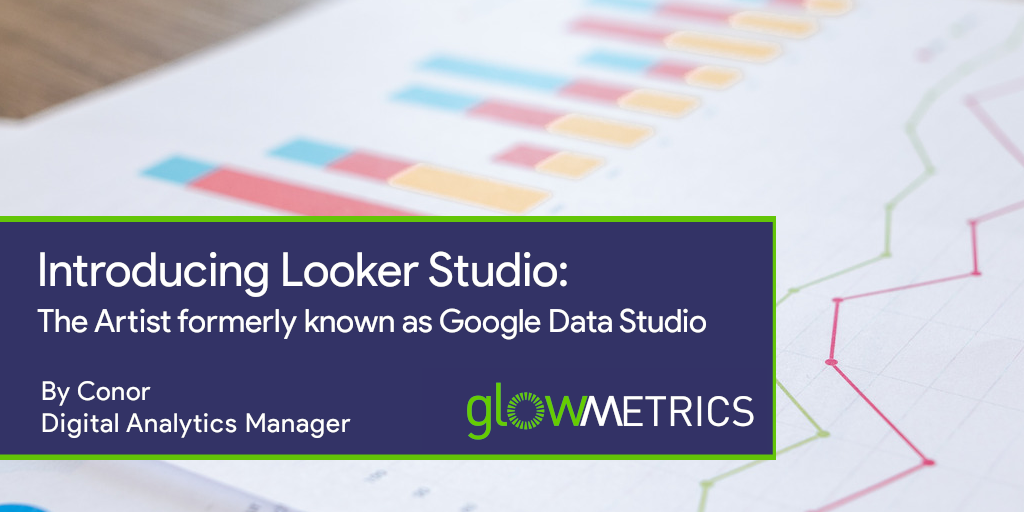 On October 11th 2022, as part of the Google Cloud Next event, it was announced that reporting and data visualisation tool Google Data Studio was no more, and was to be replaced with reporting and data visualisation tool, Looker Studio. The similarities don’t end there… actually, at this early stage, it may not even be fair to use the term ‘similarities’, as Looker Studio is essentially a rebrand with no immediate changes. However, with the rebrand comes great responsibility the promise of much more to come.

The initial reveal may have come as a surprise to many, but it’s certainly not unexpected that Google are looking to introduce more robust integration between their favoured dashboarding tool and the Cloud Platform’s jewel in the crown, BigQuery – especially after Google’s acquisition of Looker in 2020 for a reported $2.6 billion. The focus, it seems, is to make BigQuery data and other Cloud services much more approachable, just as Data Studio made reporting and visualisation much more approachable, and in many ways, data analytics in general.

So, what does this all mean for you, I, and our favourite dashboard builder? Let’s run through a few of the most pressing questions. 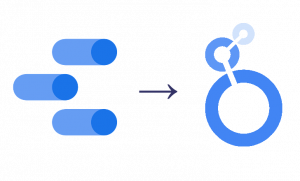 As we’ve mentioned above, there aren’t any new features in Looker Studio at the minute that differ significantly from what was available in Data Studio. At the time of writing, the only noticeable difference is a new name and logo. The functionality is exactly the same as Data Studio – for now.

Data is still available from a wide range of sources, data sources are linked to your dashboard through connectors, and dashboards are still fully interactive and customisable. Under the key features listed as part of the product announcement, there are familiar phrases that offer comfort to new and long-term users alike, such as “easy-to-use interface”, “report templates”, “prebuilt connectors”, and “report embedding”.

What’s in the roadmap for Looker Studio?

So what can we look forward to? (I’ll let myself out.) One of the announced features in the pipeline that stands out from the others is noted as “Looker Studio API”, which promises to “automate management and migration of Looker Studio assets quickly and easily.” With greater BigQuery and Google Cloud integration, there’s plenty of opportunity for exciting developments to come in this field.

Data modelling and predictive modelling also feature prominently in the announcement, with this available in preview today. Data models in Looker Studio promise to “allow customers to explore trusted data via the Looker modeling layer, easily combing both self-service analytics from ad-hoc data sources and trusted data that has already been vetted and modeled in Looker.”

Will Looker Studio be free?

Possibly the best news to come from the switch to Looker Studio is that it will remain completely free for both creators and viewers. This was integral to the success of Data Studio and its suitability as a reporting solution, so it’s encouraging to hear that there are no plans to change this.

However, and this is a sizeable however, Google did announce that there will be a paid version called Looker Studio Pro, which offers additional support, expanded administrative features, and team content management. This is hopefully positive news for all users of all forms of Looker Studio, as it should (emphasis on should) lead to increased resources for the product in general, faster responses for reliability issues, quicker bug fixes, and more robust updates.

Will my existing dashboards remain intact?

We’ll finish with a short one – Yes. All of your existing Data Studio dashboards are completely accessible in Looker Studio, just as they were before. There’s absolutely no change here to how you access or share them, and no reason to be concerned about losing any old reports.

The transition from Data Studio to Looker Studio is an exciting time for anyone involved in dashboard reporting and data visualisation. The initial changes may be relatively superficial, but they set the scene for what’s down the line, and the switch to Looker Studio could be a gamechanger in the months and years to come.

For more on Looker Studio (the artist formerly known as Google Data Studio), check out our other guides, including Page and Section Management and a guide to Sharing Reports and Dashboards, on the GlowMetrics blog.

Please feel free to ask a question or leave a comment below, or contact us at contact@glowmetrics.com. You can also follow us on @GlowMetrics or subscribe to our newsletter for more tips and news within the world of Digital Analytics and Marketing.

← Prev: Why UX Should Be A Priority For Digital Marketers Next: 12 Simple Steps To Exclude Internal Traffic From GA4 →

Migrating to GA4 and GA4 Reports for eCommerce

This week I was speaking at e-Commerce Unpacked conference in Dublin - just in time for Black Friday! During the session I discussed the key differences in GA4 vs Universal...

FBCLID is Facebook's Click Identifier - a query parameter appended to all links posted on Facebook since 2018. In response to browsers clamping down on third-party cookies, this...