Pokémon Go – The Beginning of The AR Surge? 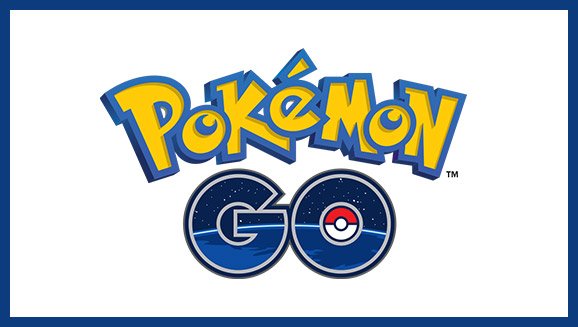 What is Pokémon Go?

The augmented reality game that has taken the world by storm.

You may have noticed people roaming around the streets pointing their phones to which looks like just air. Wrong. They’re searching for the next Pokémon to add to their collection and train up to be a world class fighter…

Pokémon Go is, simply put, a smartphone app that uses GPS to take the original principles of Pokémon and apply them to the real world. Giving users the ability to catch new Pokémon at real world locations, the app sends you Pokémon locations to which you travel to, wave your camera around until a Pokémon appears, shake your phone to catch the Pokémon and repeat the process to grow your collection. Simple.

The growth of augmented reality

Being the most talked about craze since the release of Tinder, Pokémon Go is bringing augmented reality, a technology that merges both the digital and physical worlds together, to the consumers. With millions of users wandering the streets in search for the next ‘Pokémon’ what could this mean for the future of augmented reality. Is this the beginning of the evolution of augmented reality? 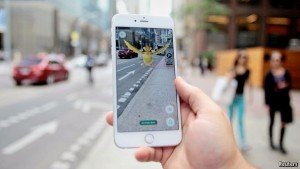 Augmented reality has the ability to affect how each of us go about our daily lives, e.g. you could point at any sign and be able to read it in any language or at a food product and get all the product details, possible recipes etc. or as a virtual pop up shop to avoid having to go in store shopping. The possibilities are endless, so why would companies not want to get involved.

Fast becoming the most downloaded app since its release with millions of smartphone users augmenting their reality through the game, undoubtedly it will be easier for other brands to incorporate and follow this (similar to QR codes which shot off when people became more familiar in using them).

With other huge companies testing the technology including giants Microsoft and Google, augmented reality could eventually become built into our everyday lives, and sooner than you think.
At some point in the future I predict that augmented reality will become so effective and interesting that companies not using it will be at a huge disadvantage and left possibly unable to compete.

With the global augmented reality market estimated to reach around whopping $120 billion by 2022 and with the swift success and rapid growth of this app, along with predictions of other large firms to follow, digital could soon become our reality.

What are your thoughts on the Pokémon Go craze? Do you think this is just the start of the growth of augmented reality or only a phase? Let us know in the comments below!

← Prev: Top 5 Google Tag Manager Mistakes Next: My Placement Year at GlowMetrics: A Year in Review →

GA4 Event Tracking via GTM – Where are my Event Parameters?

The Auction Insights report is a tool from Google Ads, which allows advertisers to compare their keyword bid performance against competitors in the same auctions. Did you know you can now view this data with Google Data Studio?

A Guide To Using Filters in Google Data Studio

A Guide To Using Filters in Google Data Studio   Filters are a key part of any dashboard in Data Studio, as they help you to present and visualise the data most relevant to...