Shannon is a Digital Analytics Executive at GlowMetrics with a BSc in Psychology from Queen’s University, Belfast and is currently undertaking a MSc in Marketing at Queen’s. Prior to joining GlowMetrics, Shannon worked in the marketing department at Axiom Global Inc. Belfast, where she discovered her strong interest for marketing, particularly in analytics. Shannon recently completed her Google Analytics and Google AdWords qualifications and is keen to expand her knowledge through her work at GlowMetrics. She is also looking forward to upskilling in SEO and SEM.
Digital Marketing Insights | Google Ads
March 30, 2018
Share on Facebook Share
Share on TwitterTweet
Share on LinkedIn Share
Send email Mail

Last year, Google rolled out the new AdWords interface.  To be frank, the reaction in the GlowMetrics’ office wasn’t exactly positive.  Despite the new interface being more efficient and attractive looking, we’d spent a lot of time working on the original interface and breaking old habits was going to be difficult.

At the time, we were relieved that we could go back to the old interface if we wanted but within the next few months, we won’t have that option anymore and will have to get used to this new dashboard.

So, here is a quick breakdown on the visual changes on the AdWords Interface:

Not only has AdWords changed visually, but Google have added some cool new features.  The table below was provided by Google Support. 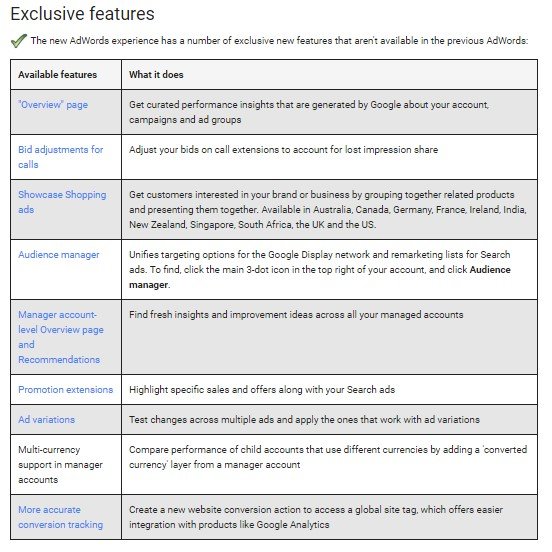 This is one of the great visualisations introduced through UI.  There is now one chart depicting the ad schedule and metrics broken down by day.

This new feature is great to remove any chunky data and campaigns you don’t want to see.  Just click the filter icon, add your criteria and voila!

Until now, this was only available on Beta.  Promotion extensions allow you to show and link specific offers in the text ads so this is great for any e-commerce clients!  Not only is this a fantastic extension for clicks but it also stands out a lot more than the others 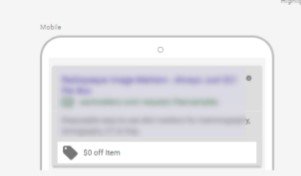 One single place to manage all things audience targeting and optimisation, sounds great!  Also, to point out, Google have introduced new terminology.  ‘Target and Bid’ is now called ‘Targeting’ and ‘Bid Only’ is now referred to as ‘Observations’.

We’ve now accepted that the old AdWords is leaving us and this is the future.  Once we got the hang of it, we are now actually loving the sleek new interface and better designed functionality.

← Prev: 5 Top Tips for Social Media Marketing Next: Thinking about advertising on YouTube? →

Six Steps to Smooth Transition from UA to GA4 in 2023

Happy New Year! 2023 is the year that GA4 will officially become Google’s main analytics product with Universal Analytics scheduled to be sunset. On July 1, 2023, standard...

We say this every year but this year really has seen a lot of exciting changes (and a few challenges too) in the world of digital marketing and analytics. So this year we asked...