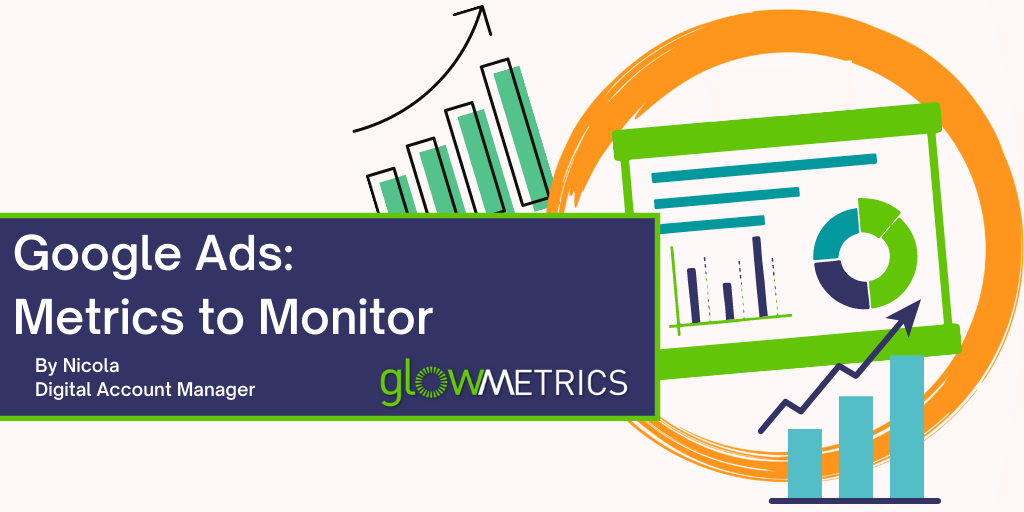 Nicola is the Digital Account Manager at GlowMetrics, preparing and executing PPC & SEO strategies for new and existing clients. Nicola specialises in integrated marketing campaigns, combining the best of paid social and paid search to get the finest of results for her clients
Digital Marketing Insights | Google Ads
July 21, 2021
Share on Facebook Share
Share on TwitterTweet
Share on LinkedIn Share
Send email Mail

You’ve launched your Google Ads campaign and after a few weeks, you’re super excited to dive in and start optimising your campaign. You log into Google Ads…and you don’t even know where to begin. You’re immediately overwhelmed by all the metrics.

Unlike other more traditional advertising channels, PPC marketing allows you to track nearly every aspect of your campaigns. From how many impressions and clicks your ads receive, to the click-through rate and cost per click. But it can be overwhelming. In this blog, we’ll look at 4 key metrics you should monitor when optimising your PPC campaigns. These aren’t the only metrics you’ll want to look at, but they’re fundamental to well-run PPC campaigns and a great jumping-off point to optimise your Google Ads account.

Basically, this metric measures how much money you are getting back from your ad spend. When your boss asks, “how are the ads doing?” – this is the go-to metric. ROAS is defined as Revenue/Cost but in Google Ads, it is actually called Conv. value/cost (as seen in the Google Ads screenshot below).

In the below example, Campaign 1 achieved a ROAS of 18.78 which means that it generated revenue 18.78 times the cost, whereas Campaign 2 has a lower, but very healthy, ROAS of 4.34. 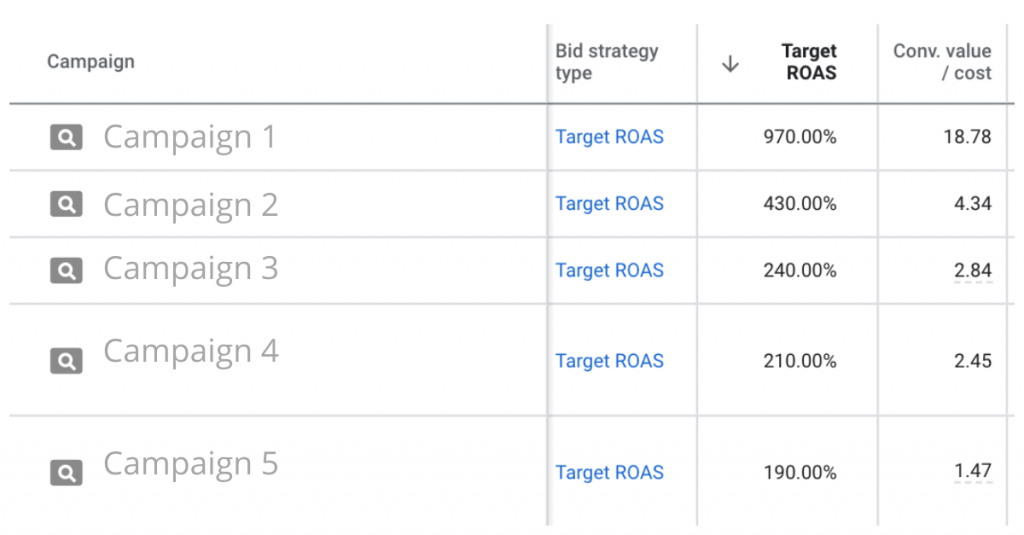 Campaign 1 has a Target ROAS set to 970% (9.70 – because strangely enough ROAS is expressed as a number in the report but as a percentage when using in smart bid strategies) and a ROAS figure of 18.70.  Although that is a high ROAS figure, it is ever so slightly below our target ROAS for that campaign. In contrast, the other campaigns are all out-performing their Target ROAS figures.

ROAS can be confusing for new account managers but just remember, a ROAS figure below 1 means that you are spending more money than the revenue you are bringing in, those campaigns may need some optimisation or may even need to be paused. At the same time, a very high ROAS might mean that you are not taking full advantage of the success of a campaign. It means that your daily budget is too low and it is constraining performance. Therefore, you would want to increase the campaign budget in order to maximise revenue and ROAS.

For example, an ad campaign costs €50 for 50 clicks, and from those clicks, 5 conversions were generated. The Cost Per Conversion = €50 / 5 conversions, resulting in €10 per conversion. It’s up to you to decide, based on your own industry and niche, if this represents value for money for your business. if you’re selling reading glasses for €12, it’s probably not. However, if you’re selling luxury suitcases at €200 then that is a much better cost/conversion metric. 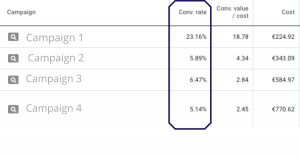 Another tip is to check your search terms report to see the actual terms that are driving impressions and clicks. You will more than likely find that lots of irrelevant terms are showing your ads and driving irrelevant traffic to your site – users who won’t convert. Make sure you’re going after the right audience and utilising negative keywords to keep irrelevant clicks from getting through. 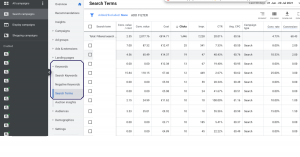 The clickthrough rate tells you how many people have seen your ad and clicked on it, and is defined as the number of ad clicks divided by the number of ad impressions. For example, if 1,000 people saw your ad and 23 people clicked on it, then the click-through rate would be 2.3%. However, it isn’t just a case of trying to get the highest possible CTR. Inevitably your ads will show for irrelevant terms (that’s why we also recommend checking your search terms report as we mentioned above) so it’s important to use your ad copy to weed out unqualified clicks – and this may lower your click-through rate, which might be a good thing.

Measuring the click-through rate of an ad is also a great way to determine how effective an ad is. A low CTR may indicate the ad isn’t relevant or compelling enough to users, and that it may be time to make some edits. Check out WordStream for some benchmarking data on CTR. It’s also worth checking out what ads your competitors are running to see how they are encouraging clicks (are they running free trials or demos? Maybe you need to do the same?)

The click-through rate is also important because it influences how much you pay per click on average. On the Google Ads network, the click-through rate has a direct influence on an advertiser’s quality score and ad rank. The less you pay on average per click, the further your daily budget will stretch! So it’s always important to try to have a solid CTR in your account.

How Do We Monitor These Metrics?

As advertisers we spend a lot of time in the Google Ads interface monitoring the performance of our campaigns, however, this is not always the best solution for relating campaign performance back to our clients. That’s why we use Google Data Studio. We typically use this Google tool to create fully customised and streamlined reports which automatically update our client’s Google Ads data in real-time. A game-changer for our clients to see exactly how their accounts are performing. 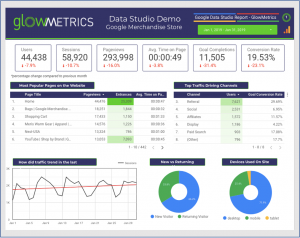 So there you have it! Some metrics to focus on as your start to optimise your Google Ads campaigns. The temptation may be to focus on clicks, impressions and cost/click (and other vanity metrics) but one of Google Ads’ greatest strengths is the amount of data at your fingertips. So dive in and check out these metrics in your account.
Share on Facebook Share
Share on TwitterTweet
Share on LinkedIn Share
Send email Mail

← Prev: 5-Step Guide To View Site Search Terms In GA4 Next: A Guide To Using Filters in Google Data Studio →